. . . . This is surely one of the most difficult times possible for our current President to lead America out of the muck and mire of near economic ruin exacerbated by mortal combat in two Middle East countries. For nearly a decade Americans have suffered, bled and died in an unjust, immoral war on the wrong country that actually had no part in the 911 incident. Thus the agression really appeared to be simply a subterfuge for US oil control, easements, acquisitions and oil industry profits. Congress eventually revealed their egegious error, since no weapons of mass destruction were ever found. Our present President campaigned on moving the battle to Afghanistan, so supporters can't be dismayed when he directed the combat area to that zone. What some of us remain aghast about is: this President, who had the conviction to vote against funding the war in Iran as a Senator, did not have the temerity to attempt peaceful negotiations at the start of his Presidency before sending in more troops. We detractors of the war may have even felt our vote was wasted and felt betrayed beyond belief in that instance. Yet, recently the President may be applauded for taking time to thoroughly weigh all alternatives before making a decision this time around; yet the sad result is that he still conceded to the "War Lords" by agreeing to send about 90% of the requested troops. While I do not want to be among the antagonists who rail against the President prematurely (like before he has had an opportunity to complete the first 200 days), I still believe that if we do not speak out now, he may succumb to "business as usual." What we voters who supported him want is the "Change" in government that he promoted and upon which he campaigned; what we feel we're getting in this regard is more of the "Same." This is gravely unacceptable. Thus, our only hope is in praying for some miraculous divine intervention to occur that might alter the direction of the situation. For a Change is truly possible.
. . . . . A case in point: recent news stories have surfaced about some of our soldiers and officers relating to the needs of the local population and aiding them in constructing buildings, and acquiring meagar furnishings for schools for deprived indigenous youth in some communities. As a result the local adults became more open and helpful to the Americans. In other instances some of our troops have brought in children for health care treatments. These are heroic acts about which we all can be proud. A pastor I know stated a few months ago that if the U.S. would use its support to furnish educational programs in those areas instead of military combats, the local people would be so grateful that they would find the Taliban themselves and turn them out of their own country. Why can't the American public advance past the "Cowboy-Western" stage, and accept the concept of "Giving Peace a Chance." That would be something new, and is a Change worth praying for. Those who know the power of prayer and agree with this view, I ask that you please join in this humble petition before the Throne of Grace:

. . . . . Dear Father God, we beseech Thee to harken unto the voice of our cry. Lord, we are crying out for peaceful means of resourceful interactions between combatant nations. There is too much violence, destruction, cruelty, heinous criminal acts and heartache occuring all over this world. Father, help us to live out our Christian convictions and realize that your word says "Vengence is mine, saith the Lord," and that Your Word teaches us to "love our enemies," and to "do good to them that would spitefully use you." True Christians are even taught to give up our own lives for our fellow man, and to love our neighbors as ourselves. Further, we are told that whatever we do for the least of these our brothers, we do it unto God. We then as a country have much to live up to. Holy Father, these are the types of moral realizations we ask to be instilled into our collective and individual consciousness. Lord, in the words of Saint Francis of Assissi, please make us "instruments of Thy peace. . . . Where there is hatred, let us sow love. . . ." If it be Thy Will, Father, please use this current administration to rise above the crest of international deliberations and deliver a work into this world that has never been seen before. Now is the Time. Here is the opportunity, O Lord, to bring America to its finest hour. Make manifest a new meaning of social transformation even across the world. Dear God, with these additional troops, we ask that You see fit to bring forth a noval concept of providing manpower to advance a neighboring society instead of slaughtering other humanity and visciously rendering foreign societies to total destruction. For while we are depriving our own nation of economic support by the establishment of a war machine, this same economic allocation can be utilized for developmental purposes not only abroad but here at home. Since the country is being deprived of this economic apportionment anyhow, it might as well be used for the provision of social good. Thus America would stand heads and shoulders higher upon the right side of history once again. For we have been taught as children that "two wrongs don't make a right." But we as a nation headstrongly ignore the truth in that adage -- as our fellow countrymen and women are propelled to support malicious revenge under the guise of national protections. Yet we know, God, that Thou are truly our only real protection and our only true hope as a people and citizens of this world. Forgive us our iniquities, O Lord; and guide us to a more victorious future in Thy Name and for Thy sake. Let us never forget the scripture that acknowledges: "Blessed are the Peacemakers, for they shall be called the Children of God." In Christ Jesus' Name we pray. Amen. 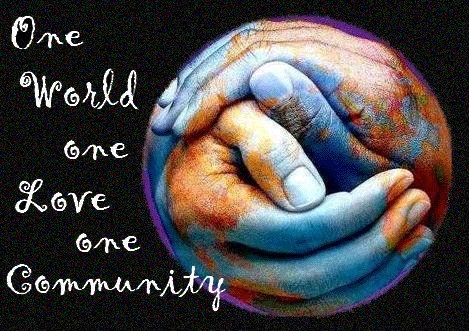